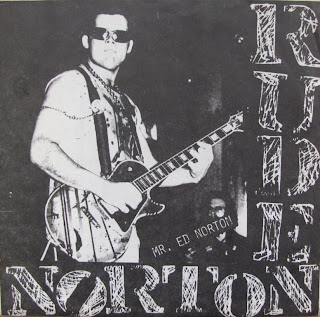 Many thanks for posting this - never seen the full E.P. blogged before. Gonzo punk at it's best! And yeah, I'd love to hear those comps with the Rude Norton tracks - can never get enough obscure old comp. LPs!

I'm surprised - I quite like this!!! ( I'm not sure what I was expecting but it certainly wasn't this - I guess I can't help being a sucker for a cover version)

hi thanks for posting. I took the photos on the EP and did the design/layout. This is the second version, as the 1st was never put on paper. The story of the concept for 1st cover is a not my story to tell.hehehe