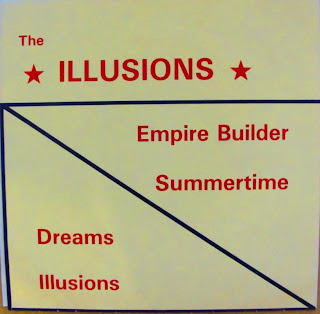 The Illusions were from Melbourne and released one EP in 1980 and an LP called Mirror Image in 1981. The sound is mostly a pop/rock mix with a powerpop edge. 100 copies of the EP were made and most were sent out to radio stations. The EP did make the top ten of the 3RRR chart in January 1981 along with bands like The Church, The Clash, Fad Gadget, Mental As Anything and Midnight Oil. The LP is in a similar style to EP. More on it later. The cover of the EP is really more of a yellow color than shown but my camera does a lousy job with yellow.