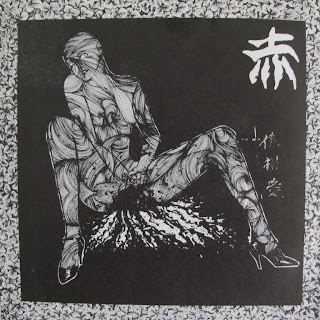 Japanese punk/hardcore. What is it about the Japanese and flexi's? I hate the damn things! 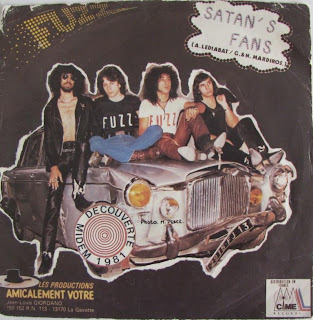 Recently I made a trip to the Ottawa / Toronto area to visit family and some old friends. While in the area I checked out some local record stores and a few record shows. I had long ago decided spending much time at such places was pretty much a waste of time. This trip didn't do much to change that opinion. I did find a few interesting things for possible trades (such as an Active Dog 7" and the first Wheezing Dogz EP) but nothing from my main want list. If I ever actually see anything from that list for sale somewhere other than eBay or some other online auction I'll probably faint from the shock.

I did end up buying a bunch of records, mostly from dollar bins: Quebec 60s pop/rock, some 50s/early 60s Canadian country, some obscure 70s/80s Canadian things I expected to be crap (and they really were - hello garbage dumpster, meet really shitty record) and others just because I thought the covers were cool and might look good on my wall. Mostly the sort of thing I'd never buy online because the shipping cost would be far more than they're actually worth. So in that regard record stores do serve a purpose when you have some time to kill and they're around the corner. Sure, people still pull KBD rarities out of dollar bins but the sheer amount of garbage 70s/80s rock you have to sift through really doesn't make it appealing to me as a regular pastime. I also find with many stores that either someone working there scoops anything good that comes in, or it goes straight to eBay. Popsike / Collectors Frenzy / Museum of Canadian Music / (insert internet site here) says this is worth that much! eBay it is!

Record fairs really don't do much for me either. There's lots to choose from (and even more 70s/80s rock crud to dig through). There are often some gems to be had, but try and find them before someone else does. And that's if someone selling at the show hasn't nabbed it before the doors even opened. At one show, I heard some variant of "I saw that sold on eBay for ..." a number of times within minutes of going through the door. If I want to spend $$$ for it on eBay, I can do that from the comfort of home and not have to deal with a bunch of other record dorks. The only advantage is I can actually look at it first and see if "NM" is really NM or more like VG.