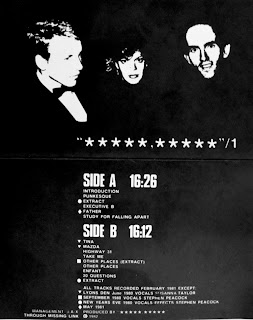 Mostly instrumental, at times experimental, at times noisy, fast and abrasive, *****,***** (Cough, Cough) consisted of a bass player in his mid-20's, a college student, and a drummer still in high school. This is their first cassette release - a compilation of 1980 to 1981 recordings from various sources. Their second cassette is available at Aberrant Adherents. There is also an interview and several tracks on the Fast Forward cassette magazine series - Volume 4 and Volume 13.

NOTE: Download removed by request.
Update (June 6, 2014): I had thought their material was to be available online by now but I can't seem to find any mention of it anywhere.
Posted by Mort Subite at 7:58 AM 6 comments: 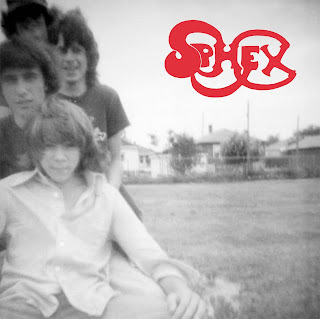 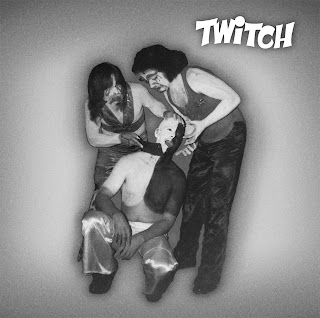 Both are available directly from the label on eBay or via the email address on their website. 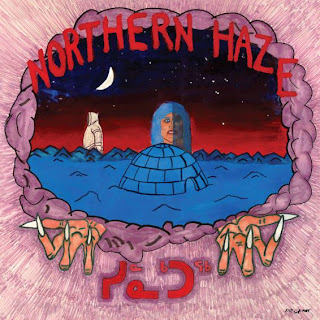