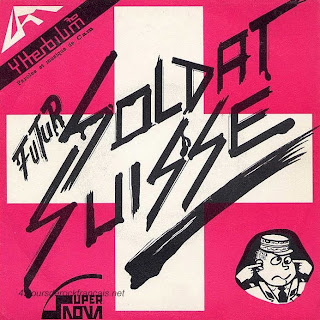 Back to Switzerland for this less well known EP from Lausanne. If you really like it, there's one currently available here for a mere 175 euro. A few copies have sold for less on eBay recently. I believe this was their only release. I wasn't sure where to split the 2 tracks on the B side so I just left them together. 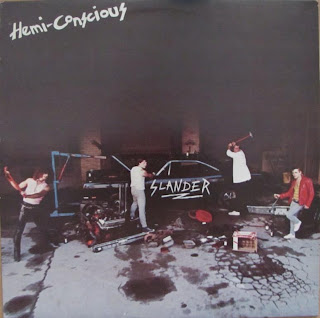 One of my favorite LPs from Canada is this kick-ass offering from Slander. They were from Burlington / Hamilton, Ontario and part of the same scene as Teenage Head and the Forgotten Rebels. You can read more at the Slander MySpace site. 2 of the LP songs (Jail Bait and 8 Days A Week) were released on a 7" that came without a picture sleeve. These were probably used as promos. This one has been requested several times, so here it is! 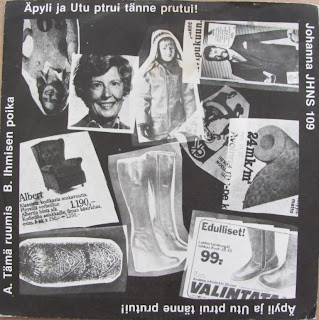 From Kesälahti in eastern Finland comes Äpyli ja Utu Ptrui Tänne Prutui who I believe released four 7"s between 1979 and 1981. This is their second and the only one I have. I haven't heard any of the others. This one is nice punky powerpop at least to me. I'd be interested to know if the others sound anything like this one. 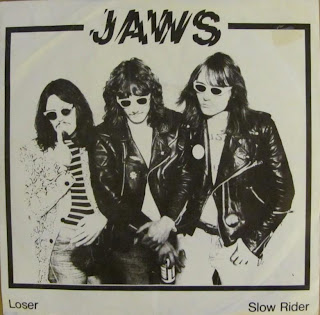 Something from Germany this time, this one from the city of Münster. There is no year on the record or sleeve and all I could find on the internet was a want list that had a date of 1978. So I'll go with that. A little something to sing along with after your girlfriend has dumped you ...

From a comment we have some info about the group:
Münster-based punk trio with lone single of which only 200 copies were made. JAWS were schoolmates who worked for a local lights/PA rental company. After seeing STRASSENJUNGS and CLASH touring Germany in the spring of 1977, the three guys started to play a short set of self-penned punk/hardrock songs as a soundcheck for their sound-system. Their boss liked what he heard and recorded one of their sets. In the summer of 1977, the trio finished school and all left Münster for different reasons. Later, while visiting his parents, the drummer discovered that the owner of said rental company had released these songs without permission: confronted with this, he showed that only 200 copies were manufactured and gave 25 to the band as ‘payment’. 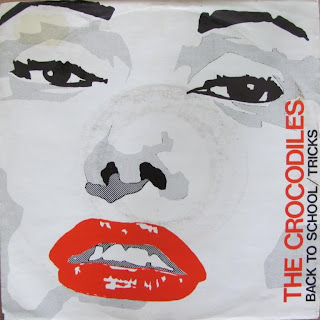 Here's one from Belgium that is usually described as "mod" and/or "power pop" whenever it shows up on eBay. Not much info on it. I'd guess it is from the early 80's.