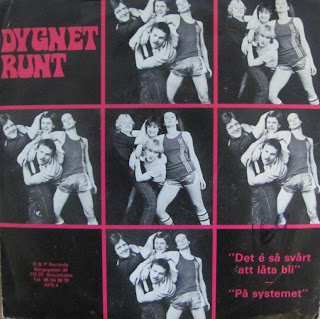 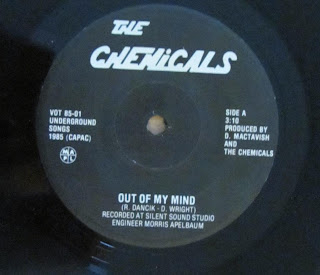 Posted by Mort Subite at 3:19 PM No comments: 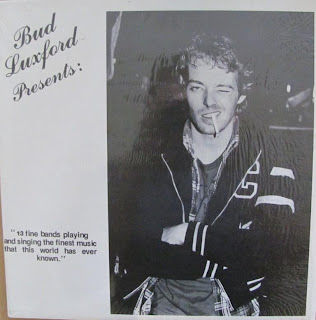 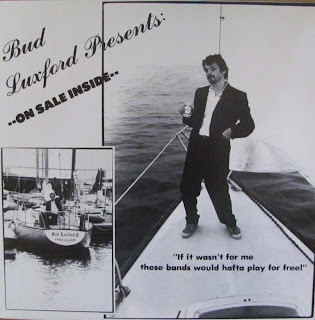 From Bloodied But Unbowed aka ThePunkMovie.com:
"Bud Luxford bands: From 1980-81, promoter, manager and raconteur Bud Luxford began organizing revue-style showcase concerts that exclusively featured fuck bands. Eventually, the mere presence of such concerts spurred the creation of dozens more ad-hoc combos. These concerts and their audiences became a scene-within-a-scene. The light-hearted, fun-first ethic and musical variety provided a welcome change-of-pace from hardcore-style punk shows. The flagship bands of the Bud Luxford stable were Rude Norton, Buddy Selfish, and Los Radicos Popularos (later shortened to Los Popularos). Los Pops were the super-group of fuck bands, featuring Bill Shirt, Art Bergmann, John Armstrong, Zippy Pinhead and Tony Bardach. In January 1981, Luxford released the compilation LP, Bud Luxford Presents; followed a few months later by Volume 2, On Sale Inside. Raising the funds for the albums provided another excuse to stage more concerts. Other bands in the Luxford stable included the Raisinettes (featuring members of the Dishrags), Melody Pimps, Jimbo & the Lizard Kings, Sasquatch, and Mrs Luxford’s Fish. On 25 July 1981, this scene reached its apotheosis with Budstock, a 10-band showcase at the Commodore." 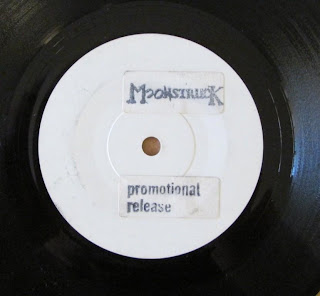 OK, so here's the hype from the time this sold on eBay for £560: "This is A RARE AND UNKNOWN UNTIL NOW UK PRIVATE PRESSING PUNK / POWER POP single by the band MOONSTRUCK from 1980 ...
This is a great PUNK / POWER POP single that is not known at all until now, and all 3 tracks are GREAT PUNK / POWER POP stormers with choppy guitars PUNK vocals and with minor touches of XTC thrown in for good measure, A GREAT FIND AND PROBABLY ONE OF THE LAST UNKNOWN PUNK GEMS FROM THE ERA !!!"

100 copies made, for promotional purposes as indicated by the sticker on the label. No song titles or any other info, just 2 stickers on the label on one side.

How much of that £560 was for the rarity and associated hype? I kinda /sorta like it, especially the 2 songs on the 'B' (non-stickered) side but I'm not sure I'd call them "stormers".