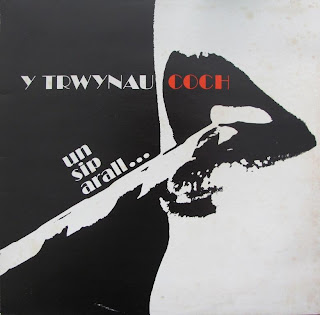 This punky pop/powerpop band from Wales released several 7"s, a 12" EP and an LP between 1978 and 1981. This is the 12" EP released in either 1979 or 1980 - I can't find a date on the record or sleeve and both dates turned up in an online search. All of their records are worthwhile and a song from an earlier 7" was included on the Powerpearls Vol. 5 compilation. You can also get one of the 7"s and more info about the band over here and tracks from split 7"s at My Life's A Jigsaw.