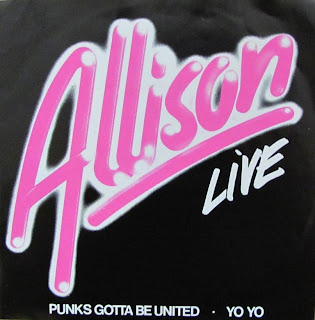 Allison were from Askøy (outside Bergen), Norway and apparently were influenced by British new wave and punk. I haven't heard enough of their material to comment on whether that might be the case. Most of what I have read about them says they were more of a rock band than punk or new wave. They released at least one LP and several singles. This is the only one I have and I bought it cheap just because of the title of the A side. It was recorded live in December 1979.

sounds very cool.
side b is a little bit melancholic but rules.
thanks & cheers!