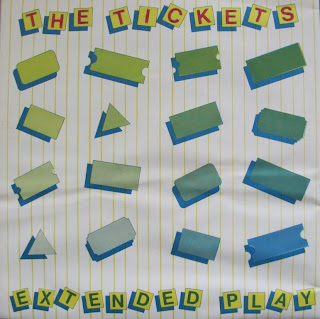 There were several bands called The Tickets that existed around 1979-1980. Ones that immediately come to mind were from England and Switzerland. France had one called Ticket. This one appears to be from Calgary, Alberta and this 4 song rock/powerpop EP was likely their only release.

Thanks for all these great Canadian releases. But why has no-one ever posted the RUDE NORTON E.P.???